Even though sushi was once considered a fast food-type of cuisine, today it represents some of the more lavish dining experiences in Japan.  There is more than meets the eye when it comes to the seemingly simple concept of fish or seafood sliced and placed atop a bite-sized ball of vinegared rice.  Rather, so many components go into making a great sushi that people tend to discount.  Then, there are different types of sushi.  There is a world beyond rolled sushi. 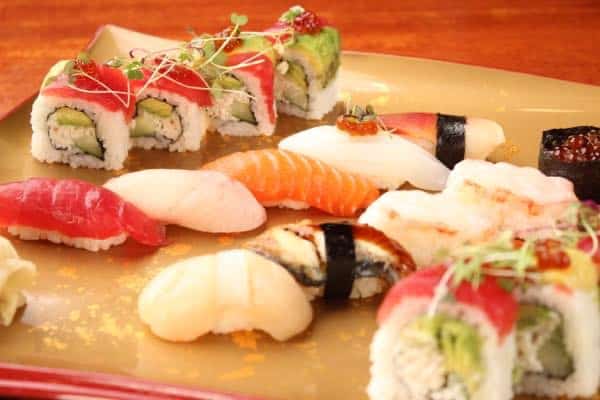 This multi-part guide will help you navigate through the complex world of sushi and make you come out sounding like a pro.  Let’s start with a few basic terms, some of which were purportedly once used within the industry as an internally esoteric language, but is commonly used by many Japanese. 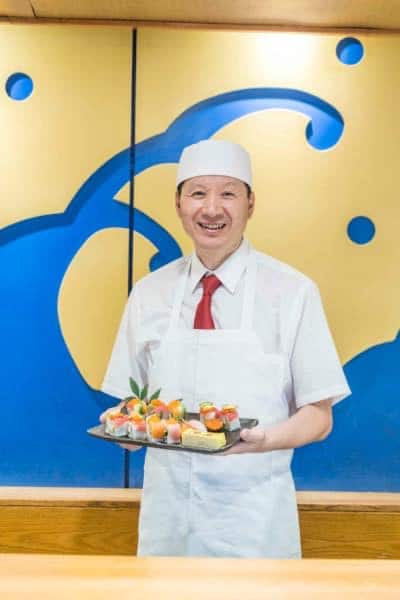 Taisho – the head sushi chef, sometimes also the owner of the establishment

Neta – the topping or filling of the sushi, most commonly seafood or fish, but may be other ingredients such as pickled or egg; it is the inverted word for “tane” which means “material” which seems like a Japanese attempt at Pig Latin in speaking in code 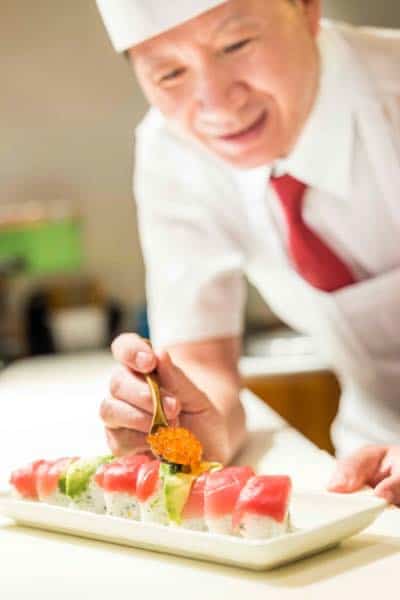 Shari – the rice component of the sushi, often seasoned with vinegar with other ingredients such as salt and sugar, after it has been pressed into shape; the word comes from “busshari” which means “Buddha’s ashes” because the small grains of sushi rice are believed to resemble the small pieces of bone that remain in ashes

Gari – pickled ginger to cleanse the palate between different sushi and dishes; it comes from the Japanese onomatopoeia “gari gari” which is supposed to resemble the sound of crunching when chewing ginger

Wasabi – Japanese horseradish that possesses some nose-flaring pungence, sometimes also referred to as “namida” because of its tear-inducing qualities 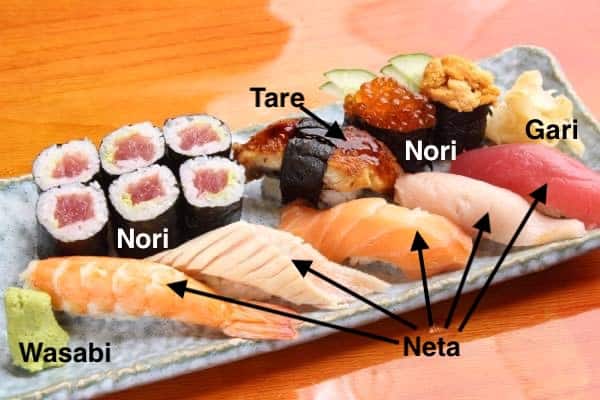 Shoyu – soy sauce, sometimes referred to as “murasaki” which means “purple,” the color that Japanese associated with the once extravagant sauce

Ponzu – a soy sauce that is slightly tart from the addition of a citrus juice, such as yuzu, sudachi, kabosu, etc.

Ikkan – one piece of sushi 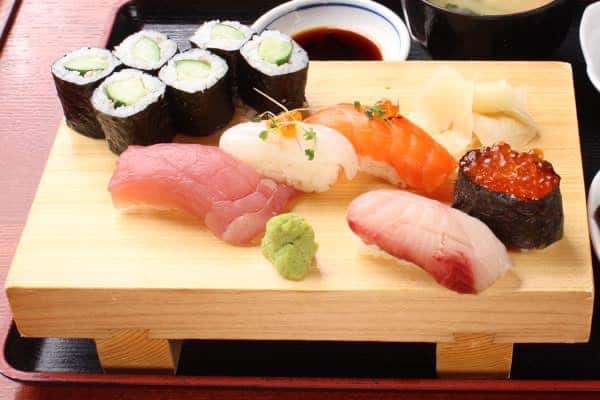 Geta – wooden sushi plate that resembles a traditional Japanese flat wooden sandal, which is how the plate got its name

Omakase – a term that entrusts the itamae to select and serve the ingredients that are special to that particular day or season; it may be literally translated as “I will leave it up to you.”

Ohiya – a cup or glass of cold water which is term often used a sushi restaurant; outside of the sushi milieu, Japanese normally call it “omizu” or “water”

Agari – hot green tea as said in a sushi restaurant, whereas normally, it would be referred to as “ocha” or “tea”; the term was often used by the chef to inform the staff that the customer has finished the meal and to please serve tea 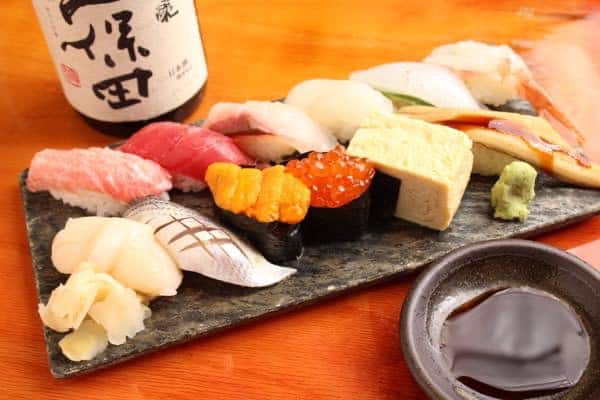 Should you wish to practice your terms at an authentic Japanese restaurant that serves sushi, here are a few places to consider:

Located on the first floor of the Hyatt Regency Waikiki Beach Resort and Spa, Furusato Sushi offers traditional and contemporary styles of sushi.  The sushi restaurant that boasts over 50 years of history in Hawaii prides itself in using the finest and freshest local ingredients to infuse a sense of place. 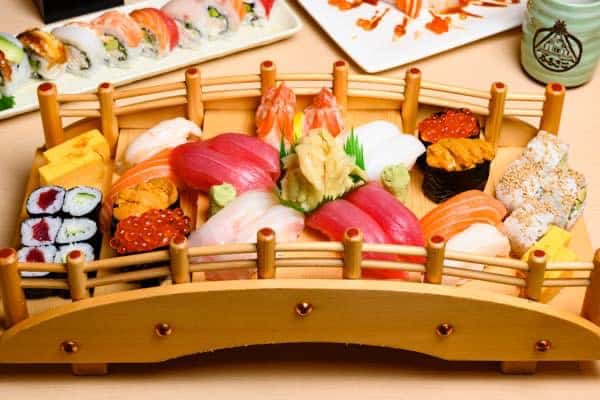 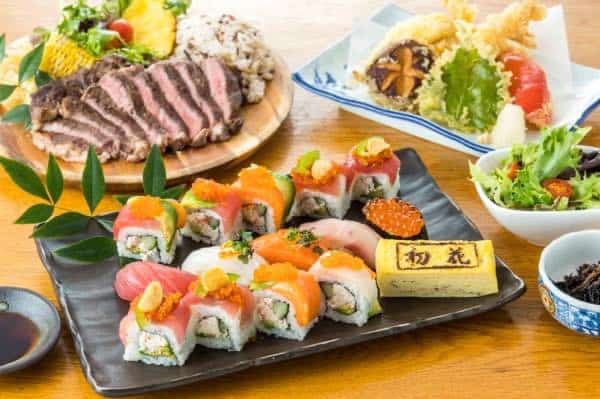 This izakaya (or Japanese pub) serves traditional dishes with fun, creative twists, along with a full lineup of sushi, in the comfort of a cozy yet stylish space.  Regulars love the selection of otsumami (appetizers), salads, deep-fried plates, grilled or stir-fried dishes, sashimi, and an impressive roster of sushi. 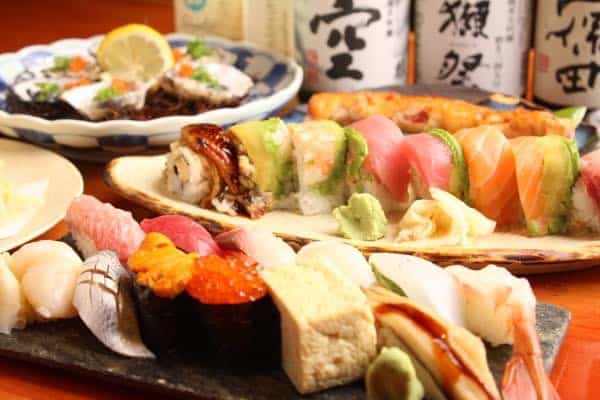 This affordable sushi restaurant on the first floor of the Prince Waikiki harmonizes the four seasons in Japan with local Hawaiian sensibilities to forge the ultimate sushi dining experience.  Creative sushi rolls alongside traditional nigiri sushi are offered in a casual dining space showcasing a modern Japanese style.  The best part, the fresh, high-quality sushi are offered at reasonable prices. 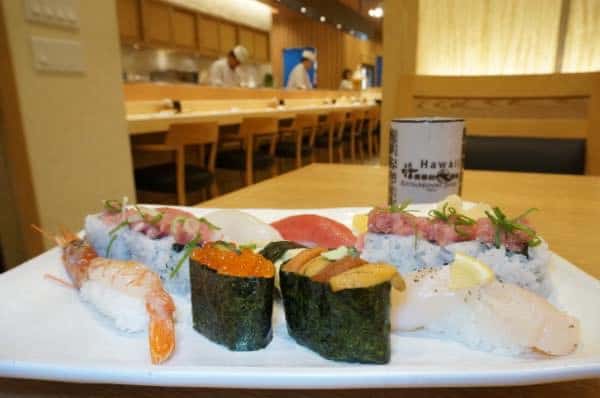 Test your new vocabulary and see if you are able to communicate the right order.  Stay tuned for the next lesson on the types of sushi!

Local Plates That Get You Saying OMG!

Local Plates That Get You Saying OMG!

Where to Ring in the New Year